I've previously written about Electrify America and their usurious and misleading fees for fast charging.

Yesterday, after an early morning run out to the Shenandoah Valley for bacon and a trip down to Arlington for lunch, I found myself needing a little kick in the pants in order to get home.

While evaluating my options I was pleasantly surprised to discover that Electrify America has taken a couple of giant steps in the right direction in terms of transparency. In at least some states, they've gotten rid of the per minute charge pricing model and are charging based on the actual energy consumed rather than how fast your vehicle can hypothetically take it.

They post their price per kilowatt-hour as $0.43, which is about 3.6x what I pay at home here in Virginia. It's also 1.5x what a Tesla owner pays at a Supercharger if they're not on a discount charging plan. 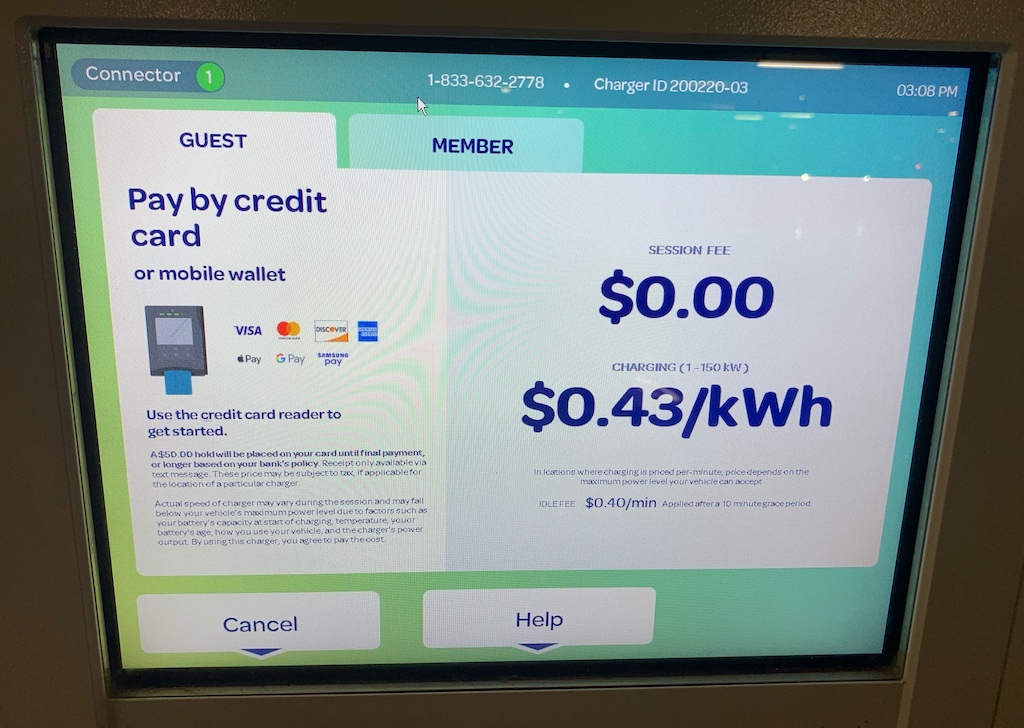 I submit that this is still too much to pay as what amounts to a convenience fee, but as a capitalist I find tranparently too much with prices stated in a way that is obvious, clear, and not misleading - just as gasoline pumps post price per gallon and some stations charge too much - is acceptable. 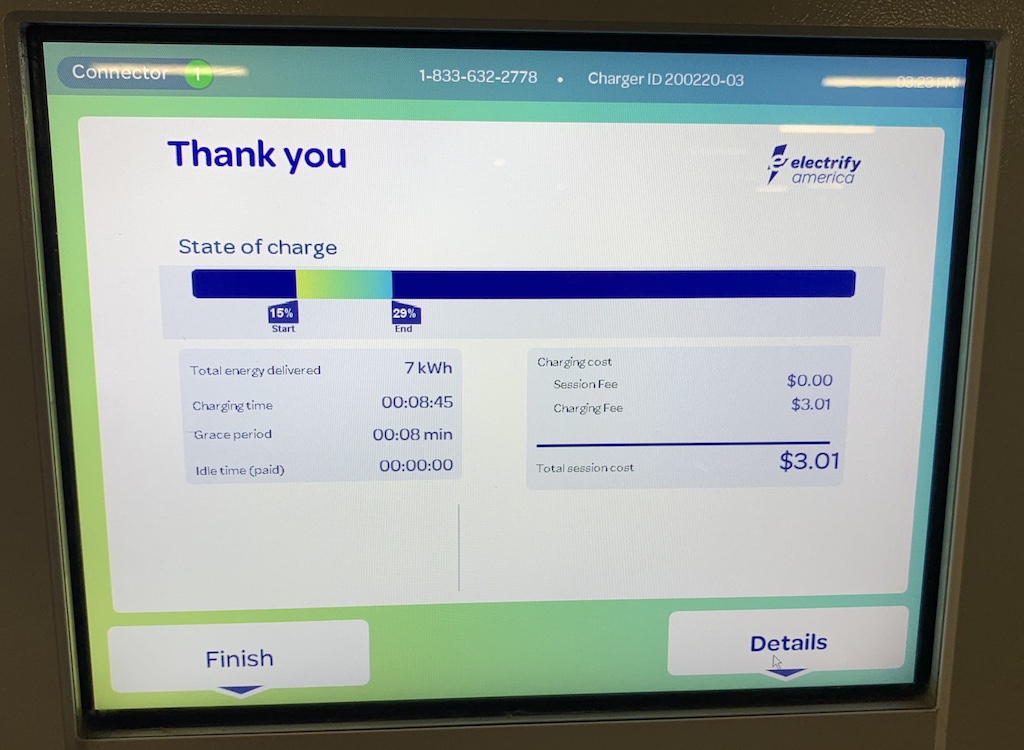